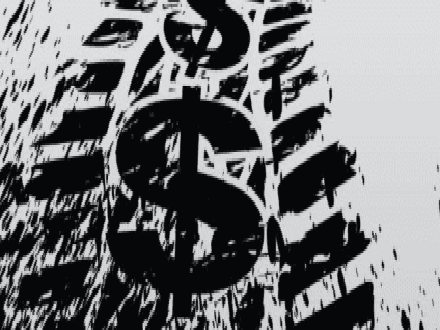 When Jonathan Smoke, Cox Automotive’s chief economist, joined the auto industry from the housing market two years ago, there was talk that the return of off-lease vehicles would upend used-vehicle prices to the point of triggering the next economic downturn.

Similar to the housing bubble, the prevailing theory was that the tsunami from peak leasing volume in 2016 returning to market would crash used-vehicle values.

“I was like, ‘Come on,’ ” he told Automotive News in January. “First of all, that’s not right on the lease volumes. [Used-vehicle] demand might more than make up for that.”

Besides, Smoke said, an automotive downturn wouldn’t be nearly drastic enough to cause problems for the entire financial system. The housing market represents 18 percent of the U.S. economy, Smoke said, while the manufacturing, financing and retailing of new vehicles comes to slightly more than 3 percent of the economy.

As predicted, demand for used vehicles rose to meet the supply surge, and the downturn hasn’t come.

Economists and analysts predict a downturn in the next year or so, though there’s little consensus on the degree. For the auto industry, if a strong U.S. economy with low unemployment rates persists, the anticipated wane in demand on the new-vehicle side will resemble previous downturns. New-vehicle sales are expected to decline nearly 3 percent in 2019, based on the average of 11 early industry forecasts tracked by Automotive News.

But with a potentially catastrophic tariff scenario on the table, an auto-triggered downturn doesn’t seem so far-fetched. If new-vehicle sales decline by more than 4 million units, that downturn becomes a nosedive, Smoke said.

As a result, many vehicle shoppers would be denied financing as they’re priced further out of the market. The looming downturn would be far less dire than the Great Recession, but changes to the tax law and the impact of steel and aluminum tariffs add pressure that the auto industry never faced then.

If the Trump administration creates a 25 percent tariff on imported goods, using Section 232 of the Trade Expansion Act of 1962, new-vehicle prices could skyrocket, plunging sales volume by 2 million to 4 million vehicles.

Not only would tariffs do more damage to new-vehicle sales than an actual recession would, Smoke said, but they could trigger a recession.

Over 80 percent of the more than 500 CFOs that responded to a Duke University/CFO Global Business Outlook survey predicted that a recession will begin by the end of 2020. Some of them believe it could start as early as this year.

“The tariff effect would be so bad that if you did the corresponding impact on the U.S. economy, suddenly you’re selling 4 million less vehicles,” Smoke said. “That not only impacts the OEMs and their production and all of their suppliers, it cascades to the dealers; it cascades to the financial markets and all the lenders who are involved.”

A report from the Center for Automotive Research estimates that as many as 366,900 U.S. jobs will be lost if tariffs are enacted, including as many as 77,000 in franchised dealerships. Dealerships will lose $43.6 billion — or $2.6 million on average, the report says.

New-vehicle buyers would be hit hard by tariffs. The price of a U.S. light-duty vehicle would increase by $2,750 on average. Many consumers would be forced into the used-car market, where the cost of maintaining and repairing vehicles also would rise.

On Feb. 17, the U.S. Commerce Department delivered to the White House its report on whether imports of auto products weaken the U.S. economy and pose a national security threat. President Donald Trump has 90 days from Feb. 17 to respond.

Some analysts disagree the sales drop would be enough to prompt the next downturn. Section 232 tariffs would be “significantly disruptive “to the new-vehicle market, but not catastrophic, according to Peter Nagle, senior automotive economist for North America at IHS Markit.

IHS Markit already anticipates a sales decline to 16.9 million vehicles in 2019, compared with 17.3 million in 2018, according to the Automotive News Data Center. But with tariffs, IHS predicts sales will drop to 15.9 million. The decline would be significant, but not be enough to thrust the market into chaos, it says.

Still, other actions taken by the administration may make recovery from an economic downturn more difficult. Nagle says the country is less prepared to help those in financial need during a recession today than it was in 2008 because of changes in the tax policy.

In part because of the new tax law, Americans have more money in their paychecks now than in 2008, but the federal government has been taking in less revenue, which feeds into programs such as Social Security, disability and short-term unemployment. For those who rely on government aid, an economic downturn could have a lasting impact, Nagle said.

Customers who already are affected by tightening credit would be further limited in a downturn.

“It’s twofold: Less consumers are in the market because there’s an economic downturn, and those with low credit tend to be denied,” Houston said.

Houston believes the auto industry is an unlikely catalyst for the next recession. An automotive-driven downturn would start with an overcapacity of new vehicles, prompting automakers to cut production and lay off workers amid a reduction of retail sales, he said.

“If the OEMs make the appropriate capacity decision related to tariffs and other intangibles, there won’t be an issue,” he said.

Barring something huge impacting the economy — such as new tariffs or a widening U.S. debt burden — a downturn would be fairly light, according to J.D. Power. But a recession could put pressure on automakers to increase incentives on new vehicles as customers migrate from the new-vehicle market, which would drive up used-vehicle prices.

Even if there’s a significant recession in 2020 or 2021, Jonathan Banks, general manager of vehicle valuations at J.D. Power, says the market will experience replacement demand, and consumers will opt for the more affordable choice.

“The used market rolls right through a recession,” Banks said. “People always have to buy cars.”

Still, Banks said the market is ruled by rational behaviors. Manufacturers, disciplined from the Great Recession, already are pulling back on production, and lenders are giving subprime borrowers a wide berth.

The mix of vehicles in the used market, which still reflects a variety of price points, also will be the highest quality the market has ever seen, Banks said. Safety features such as blind-spot monitoring, collision avoidance and lane-departure warnings are offered more often in the used-vehicle market as they become more prevalent in new vehicles.

“When these vehicles come back in 2021, and let’s just say the economy isn’t in good shape, it could mean people are getting these options at a really good value,” Banks said. “What people pay new doesn’t necessarily translate to value in the used market.”

Source: Charniga, Jackie. (2019, March) What An Automotive Downturn Could Do [Web Article]. Retrieved from https://www.autonews.com/finance-insurance/what-automotive-downturn-could-do#adunit_path=news/this-weeks-issue